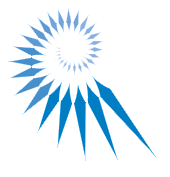 Memories of Mrs Pauline Harris who kindly emailed me…. “Fullbrook was first used by pupils from the Sheerwater Council Estate until their own Secondary school was built and they left before September 1954.
I attended FulIbrook Secondary School from September 1954 and I was in the first intake of pupils for the Fullbrook until 1958 and was a mixed school I lived very near and actually saw the building being built.
I still have my school report for the first term dated 1954 and our first Speech Day was in 1955 and still have the book that was presented to me. If you still have a copy of this Speech Day I would love to have a copy. Mr. Bean was our Headmaster and Mrs McGrath Deputy Head and both came from West Byfleet Secondary School as did some of the other teachers.”
and also of Peter Parkman……

“I read with interest the school web site and the comments of Pauline Harris. I too was fortunate enough to have commenced my secondary education at Fullbrook School where I wore with pride my brown blazer with sax blue pocket and red squirrel emblem.

I can categorically state that Fullbrook set me on a firm footing for my adult life even though I had to leave in 1957, because of my fathers work, and move to Essex. I left school at 16 and joined Essex Constabulary as a Police Cadet and in 1962 became a police constable. I served in the Essex Police for 32 years until 1994 leaving as a Traffic Sergeant, working on the M25. After life in the Police, I joined Chelmsford Borough Council as the senior licensing officer and was responsible for the licensing of Taxis, public house and other issues the responsibility of the council. I left the Council in September 2009, on retirement, having then completed 50 years in public service. My claim to fame as a licensing officer was I wrote the licence for the V festival at Chelmsford.

I am now fully retired. I too remember the old school, Mr Bean, Mrs McGrath (ake Miss Rose) Mr Blanchard and his daughter Carol, Mr Collins, Michael Danby who I used to ride to school with from Chertier, John Noble, Sandra Scott (she was the special one) and many others whose names now escape me.
I really did enjoy the School and everything about it. It really was where I gained the foundations for my future life and I wish the School every success for the future. I hope the present day pupils will gain the same foundations for their future life and be as luck and successful as I have been. I can add that I also joined the school as one of the first pupils in 1954. We had one term at West Byfleet Secondary School before being transferred to Fullbrook.

I had previously been a pupil at West Byfleet C. P. School. Mr. Russell Elvidge was the geography teacher and his wife (I don’t recall her name) was the girls P.T. teacher. I know his name was Russell because he asked the class one day what was the generic name for oranges and lemons? Nobody knew so he went on to ask What did my mother say when she wanted me to sit down? The answer was ‘SITRUS’ What a way to learn.
In 1956 Mr Elvidge and his wife arranged a school trip to Lake Como in Italy. The cost was £30 each I was lucky enough to go. We left the school in coaches and went to Knowl Park in Kent to pass the time before going to Ramsgate where we boarded the British Railway ferry T.S.S. Canterbury for France. It was such a rough crossing most people, not me, were violently sea sick.

We arrived in France and boarded a train via Strasburg to Italy via Switzerland , the St Gothard pass. What a wonderful journey – none of us had ever seen Mountains and to top it all they were snow covered. We visited Lake Lucerne, Lake Lugano and Lake Como and Venice. We stayed at the Hotel Caramatso in a place called Moltrazio right opposite the Volta memorial which was on top of a mountain, across the lake, and right in front of the hotel. We slept in dormitories and had numerous coach and bus trips. I still love Como and Venice because of that trip. I believe the Science teacher to have been a Miss Newcombe or Newman and another pupil I recall from those days was Margaret Light.” “Thank you Fullbrook.”